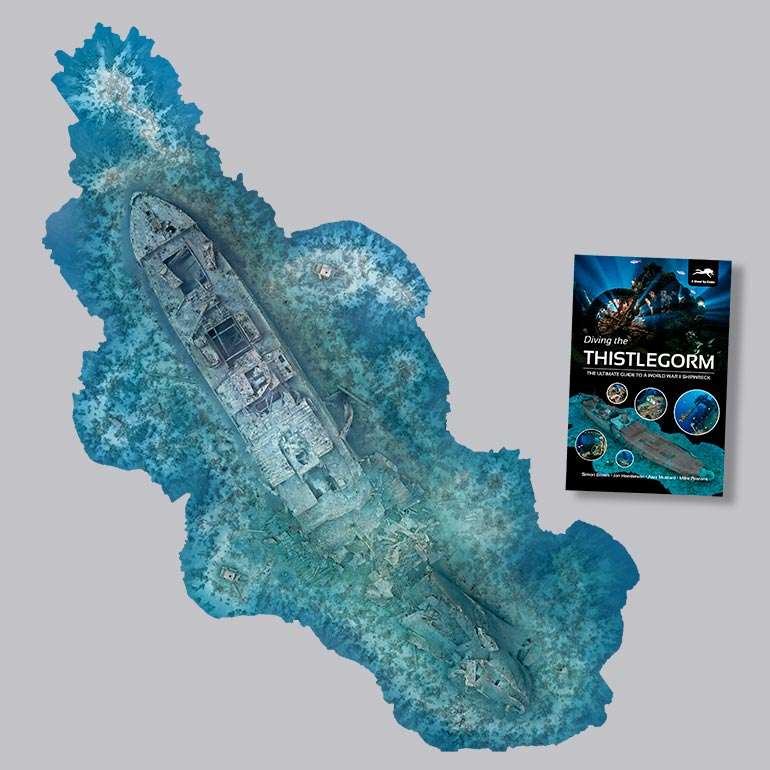 The Royal Photographic Society has announced the winners of the Science Photographer of the Year competition. The winners and finalists can be viewed from today in an online exhibition which headlines Manchester Science Festival.

British photographer and Dived Up author Simon Brown has been named Science Photographer of the Year for his photo “Orthophoto of SS Thistlegorm,” an intricate reconstruction using photogrammetry as his imaging technique, stitching together thousands of photos taken over multiple dives to build a complete picture of the famous shipwreck.

Combining art with science is a perfect creative storm where data and visual interpretation come
together and present a view of the world in a completely new way. When entering the competition I
thought a single image derived from 15,000 separate frames might be interesting but never for one
moment did I think winning was possible. To receive such good news was a very pleasant surprise
indeed and the recognition is humbly yet gratefully welcomed.

The Science Photographer of the Year competition celebrates the remarkable stories behind scientific exploration and application, depicting its impact on our everyday lives and illustrates how photography helps record and explain global issues and scientific events.

The selected images were chosen from over 1,000 entries submitted for free by both amateur and professional photographers. This year’s selection document our fragile planet, the human cost of global warming and actions being taken by communities around the world such as innovative irrigation methods and solar and turbine energy sources.

“This year’s Science Photographer of the Year is more relevant than ever before in documenting how science and climate change are impacting all our lives. The selected images are striking and will make us think more about the world around us.”

While it is the main and most impressive single image, the winning photo is just one of many technologically-advanced compositions created by Simon and his team. This collection of images illustrate the former British steamship and it’s fascinating cargo in ways which are not possible with the naked eye.

A limited edition hardback was released in late 2020. Paperback and ebook formats were released on 16 February 2021.