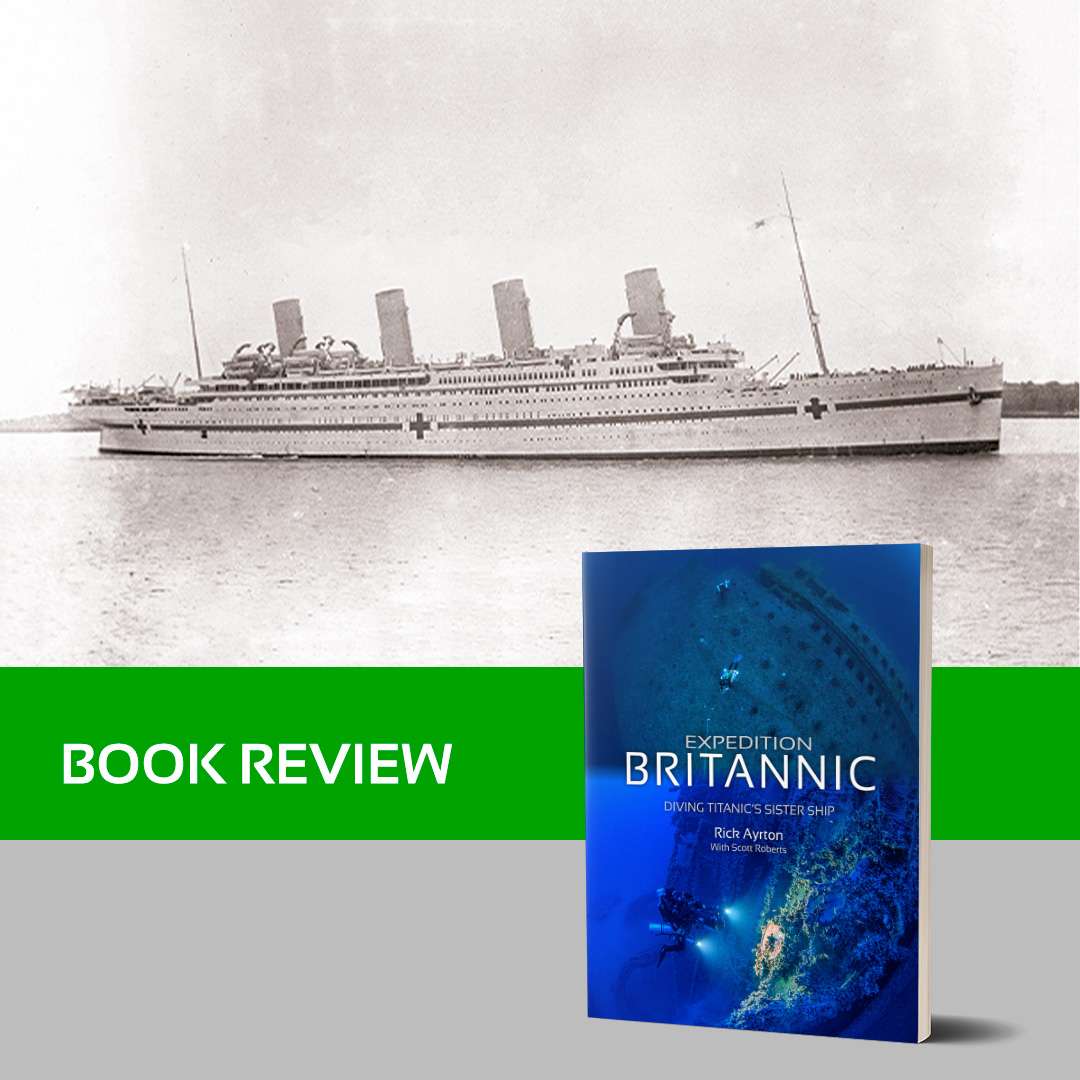 I must have followed countless technical dives to the Britannic over the years, from Kevin Gurr’s trailblazing IANTD expedition in 1997, to Nick Hope’s Starfish Enterprise team in 1998 and Jarrod Jablonski’s Global Underwater Explorers the following year.

Between them these three groups were pivotal in formulating the early procedures and protocols for accessing deep wrecks, and at 119 metres there can be no doubt that the Britannic is worthy of her reputation as the Mount Everest of technical diving.

Times change and things move on. The open-circuit twin twenties of the late nineties are now little more than a distant memory, and even the psyche of today’s technical diver is very different to that of almost a quarter of a century ago.

I can still recall the silence and palpable tension on the faces of the 1997 team as they prepared themselves psychologically to be the first manned divers to visit the Britannic since Jacques Cousteau in 1976, yet nowadays it all seems so much more habitual.

The following year the first CCR was used on the wreck – it was a cumbersome and unreliable machine at best, and yet twenty years on the CCR technology and diving paraphernalia now available to your average diver would have been almost inconceivable to those who first led the way to the Britannic.

One thing that has not changed, however, is the challenge of planning and co-ordinating an expedition to the Britannic, but no matter how much all of this technology might have changed things, perhaps even resulting in a totally different way of diving, the basics remain the same.

Visiting the Britannic remains as challenging and fraught with potential hazards as ever, the wreck having sadly claimed the lives of two divers who were as respected and experienced with their diving technology as it is possible to be.

With an increasing number of technical divers wanting to visit the Britannic, Rick Ayrton’s book presents an opportune moment to take stock of what it really takes, and to reinforce the message that this wreck is not simply a destination that can be casually ticked off on any diver’s “bucket list”, no matter how experienced they might be.

The planning and working-up required to safely complete an expedition requires months of effort – sometimes maybe even years. To some the daunting administrative workload alone can be a major deterrent, never mind the time and cost involved, and yet in all the years of following expeditions to the Britannic, few if any would say that it wasn’t worth the effort.

Rick Ayrton’s photography is a marvellous way to help visualise one of the great diving treasures and archaeological monuments lying at the bottom of the Kea Channel, effectively helping to make the Britannic accessible to the host of divers and maritime historians who may never have the privilege of experiencing the thrill or excitement of visiting the wreck in person.

Hand in hand with a revealing narration of what it actually takes to get there in the first place, along with details of the day-to-day problems and hazards which can so easily occur, it can only help to prepare any dive team contemplating their own visit to the “Mount Everest” of technical diving.

Simon Mills is a maritime historian, author of several books and the owner of HMHS Britannic.