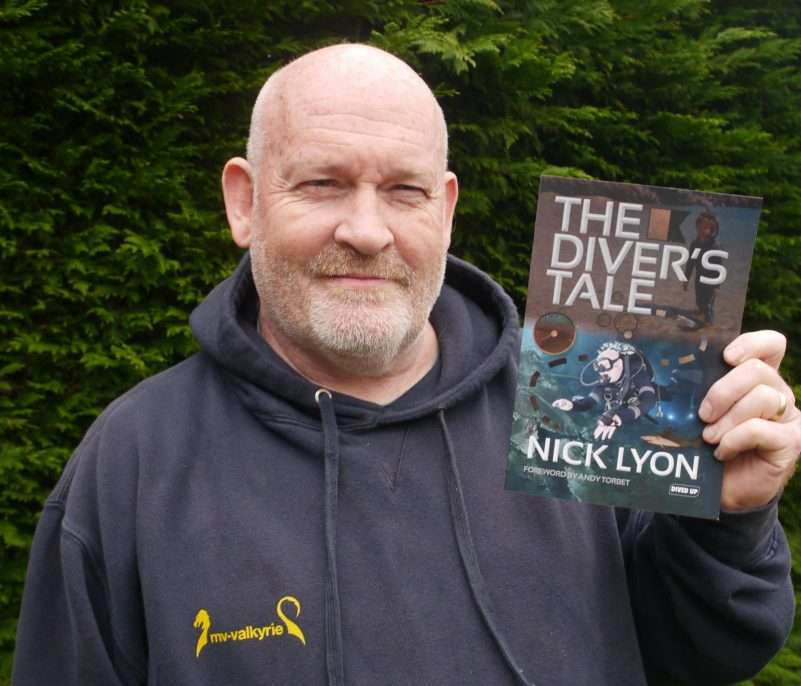 The British Isles sit just six degrees south of the Arctic Circle in a patch of the Atlantic Ocean scoured by strong tides and battered by relentless winds. It’s an unlikely location for scuba diving to flourish, but flourish it has.

How did this happen? Nick Lyon has a few ideas and at the Go Diving show, he will be advancing his ground-breaking theories on the evolution of Homo . This controversial research will be delivered using up-to-the-minute graphics, specially made props, audience participation, songs, mime and interpretive dance. Possibly.

All this from the man who wrote The Diver’s Tale. This brand new second edition is not a diving manual — quite the opposite. How not to do it, why not to do it, when not to do it and who not to do it with. Amusing, frequently embarrassing, often unpleasant and occasionally tragic, the book plunges into the world of the real British diver! Now updated and enhanced plus with new material and a Foreword by Andy Torbet the book is released on Friday 22 February 2019 (the eve of the show).

Join Nick Lyon at the Inspiration Stage at 3 pm on both Saturday and Sunday to enjoy his unique take on British diving. The show takes place on 23-24 February at the Ricoh Arena, Coventry. Tickets and more details about this new show from the Scuba Diver team are available from godivingshow.com

To find out more about the book please visit our The Diver’s Tale page.